These goddamn guys at IndieGames.com are relentless.  Not a single independently produced game doesn’t pass before their eyes, and whenever you think you’ve discovered something worth writing about, they’ve most likely already covered it, and probably before you were even birthed from your mother’s womb.  Such is the case today, as we take a look at a Canabalt-like, Bit-Trip-Runner-ish rhythm platformer called Stalwart, from Jonathan Whiting, the creator of Collateral.  Multicolored meteors and fireballs fall from the heavens, to the beat of fantastic jams composed by Demoscene Time Machine, deterring the advance of your “stalwart” knight, forcing you to jump, long jump, and back flip to avoid being crushed by musical terror; Bringing It On, as it were.  It’s great, of course, otherwise I wouldn’t be writing this, but I would like it if the synesthetics were tweaked slightly.  Currently, the notes of the song being played are connected to the impact of the meteors, rather than their appearance on screen, which would give the player more of a heads-up that they are in danger.  That’s just me, though, because I suck at games. 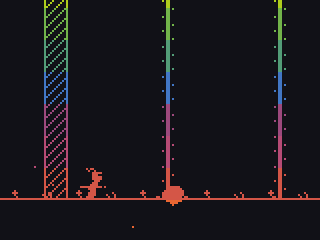 Interestingly, Stalwart is actually a re-creation of an unreleased, nearly Christian-themed game created for the Atari 2600 back in 1984 that never saw the light of day, but was one of the first rhythm games ever created.  At that time, popular Christian music label Sparrow Records commissioned Home Computer Software, Inc. (whose only other credit seems to be the Kids Say The Darndest Things game for the Commodore 64) to create a game based on their popular children’s album, Music Machine: The Fruit Of The Spirit.  Essentially a clone of KABOOM!, Music Machine, the game, has the player controlling Stevie and Nancy, the two characters featured on the music album, as they attempt to catch various symbols representing “positive character qualities” dropped from above by the titular Music Machine.  Music Machine was published by Sparrow Records and only sold in Christian book stores, so is quite a rare cartridge.  A sealed copy was recently sold on eBay for the princely sum of 5,250 dollars. 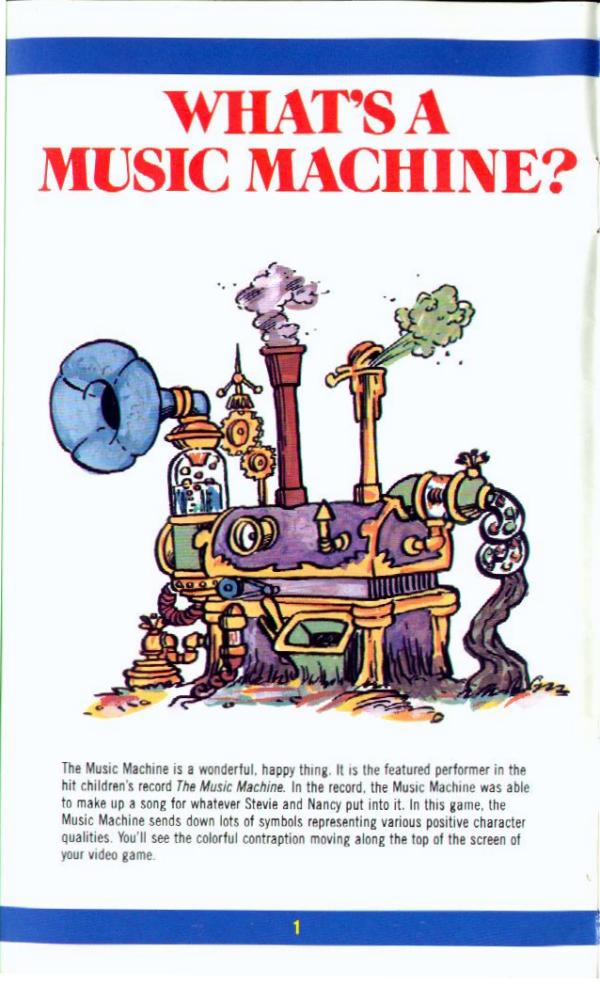 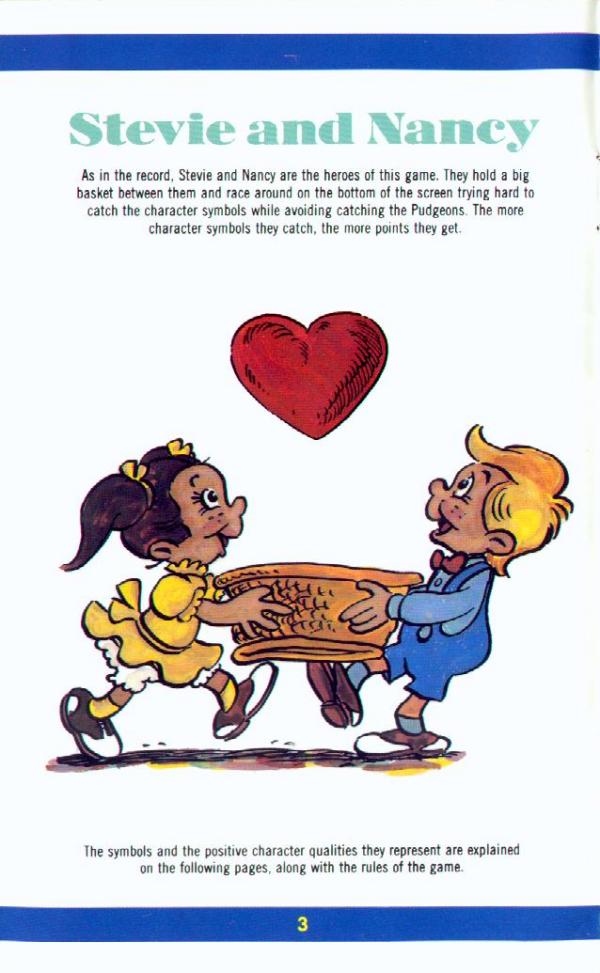 The unique thing about Music Machine was that an even more rare special edition was available, packaged with a modified version of the aforementioned children’s album meant to be played along with the game (Unfortunately, the one mentioned above is not one of these bundles).  A special introduction was added to the beginning of the record, directing players to start the game at a specific moment, thereby syncing the game to the album.  The in-game Music Machine would send down its flood of “positive character qualities” in time with the “real” Music Machine on the on the record.  This usually only worked perfectly as long as your record remained unscratched and untouched by sunlight.  While some arcade games and a few home consoles (such as the Vetrex) featured plastic overlays with additional visual components, this was the first instance of sound overlay ever being used in concert with a video game.

Home Computer Software, Inc. created a follow-up game using the same concept,codenamed Stalwart, but when the first title failed to catch on, Sparrow Records decline to publish it.  Since the game was already complete, Home Computer Software, Inc. was able to shop the game around.  Miraculously, it was picked up by Golan-Globus Productions, whom hoped to release it alongside their 1984 medieval adventure and box office bomb Sword of Valiant: The Legend of Sir Gawain and the Green Knight, starring Miles O’Keeffe and an embarrassed Sean Connery.  Again, a special version of the soundtrack album was planned that would sync up with the game, this time available on a cassette that could fit right in the box with the game.  Unfortunately, the failure of that film, along with the previous year’s failure of the E.T. game that was already dragging down the video game market, lead to the eventual complete disappearance of Home Computer Software, Inc., and the prototype Stalwart along with it. 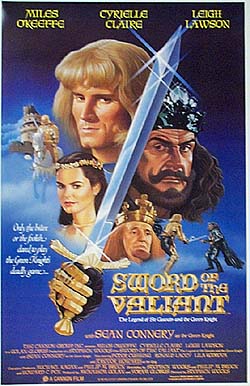 That is, until now.  The experience has been updated appropriately, of course, with new music and additional menu options befitting modern computers, but it’s amazing how much of the game remains intact and in great playable form.  Enjoy it in your browser!